Prime Minister Narendra Modi’s victory in the national elections will see India’s soul “lost to a dark politics”, and this is bad news for the country and the world, British newspaper The Guardian said in an editorial on Thursday. The editorial said Modi had threatened “independent India’s most precious facet: a functioning multi-party democracy”.

The newspaper’s criticism of Modi noted that he is a “divisive figure” but “undoubtedly a charismatic campaigner”, who “deployed with terrible effect false claims and partisan facts”. The Congress and the Nehru–Gandhi family, meanwhile, will have to “seriously rethink” how to defeat him, the editorial said.

The editorial said the Hindu nationalism movement that Modi is part of is changing India for the worse, with its focus on upper-caste Hindus, pro-corporate economic growth, cultural conservatism, “intensified” misogyny, and a “firm grip on the instruments of state power”.

The article made remarks about Indian Muslims being “political orphans”, their declining seat share in Parliament, and how Hindutva views them as second-class citizens. It said Modi had recklessly taken India and Pakistan close to war earlier this year.

But Modi’s victory, despite a “spluttering economy”, should perhaps not be surprising, the editorial said, citing a 2017 survey that showed that India had the greatest support for autocratic rule.

About the Bharatiya Janata Party, the newspaper said the party “pays lip service to reducing the yawning inequalities that disfigure India”, and the role of caste and religious conflict in India’s party system suits the outfit. The Opposition, meanwhile, needs to run a “distinctive campaign on an egalitarian platform”, and replace identity-based fights with “political competition over how to benefit all Indians”, the editorial said. “That will require an Opposition in India far savvier and more in touch with the country’s poor than exists today,” it said.

In an article for The New York Times, journalist and author Pankaj Mishranoted how Modi’s “raw wisdom” had made India suffer for five years, proving him to be “dangerously incompetent”. He wrote about threats to minorities and lower-caste Hindus, as well as dissenting journalists and women. Mishra said that during Modi’s rule, India had witnessed a “savage assault on not just democratic institutions and rational discourse but also ordinary human decency”.

In the article titled “How Narendra Modi Seduced India With Envy and Hate”, Mishra wrote that voters had chosen overwhelmingly to “prolong this nightmare”. “The sources of Mr. Modi’s impregnable charisma seem more mysterious when you consider that he failed completely to realize his central promises of the 2014 election: jobs and national security,” Mishra said.

The writer also said that corporate-owned media had “fervently built up Modi as India’s saviour”.“Since 2014, Mr. Modi’s near-novelistic ability to create irresistible fictions has been steadily enhanced by India’s troll-dominated social media as well as cravenly sycophantic newspapers and television channels,” said the author of the book Age of Anger. He added that the Opposition was right to suggest that the Election Commission had been “shamelessly partisan”.

Mishra said Modi had exploited the “long dormant rage” against India’s “self-perpetuating post-colonial rulers”, noting how previous governments had left “no possibility of dialogue with a metropolitan ruling class of...Godlike aloofness, which had cruelly stranded us in history while itself moving serenely toward convergence with the prosperous West”.

Meanwhile, satirical website The Onion also had a take on Modi’s huge victory. The Onion put up a photo of Modi accompanied with the headline, “India Continues Surge Towards Status as First-world Nation by Reelecting Racist Right-wing Authoritarian”.

Gowda announced the development through his official Twitter handle on Friday adding that the park will be setup under ‘Scheme for Setting up of Plastic Parks’.

In another tweet, the minister added that the park will have an ecosystem with state of the art infrastructure building and enabling common facility to consolidate and synergize the capacities of the domestic downstream plastic processing industry.

Error-prone P V Sindhu suffered a demoralising defeat in the quarterfinals while Sameer Verma's gallant fight too ended in agony at the Toyota Thailand Open here on Friday. 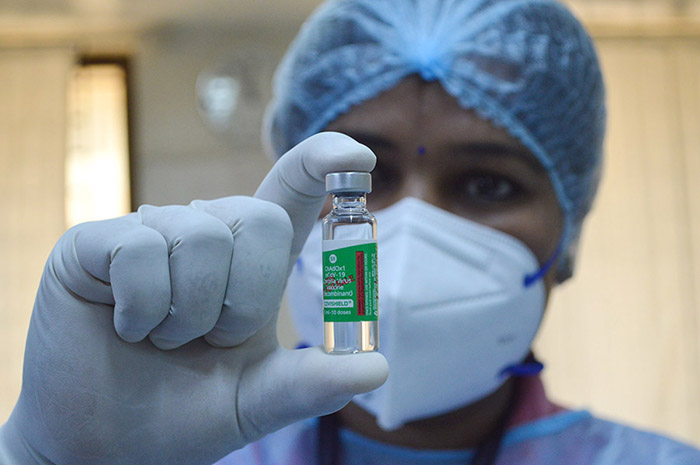 As many as 1.39 lakh people have been inoculated in Karnataka and some did have side-effects but there was no casualty, state Health Minister Dr K Sudhakar said on Friday.

Vijay Mallya has applied to Home Secretary Priti Patel for "another route" to be able to stay in the UK, the liquor tycoon's barrister representing him in bankruptcy proceedings in the High Court of London confirmed during a remote hearing on Friday.