Dr Colaco honoured for his contribution in building the state infrastructure

Dubai-based prominent NRI Businessman and Philanthropist  Dr. Ronald Colaco was on Friday felicitated for being awarded the certificate of excellence by the World Book of Records, London.

He entered the World Book of Records, London for his social and charitable works by creating infrastructure support to the state government of Karnataka for the upliftment of society. The certificate was presented to him at the House of Commons, British Parliament in September 2022, during the Indo-UK Leadership Summit.The certificate was presented by Virendra Sharma, Member of Parliament, London, United Kingdom.

A special felicitation programme was held on Friday at the Ocean Hall of Clarks Exotica at Swiss Town, Bengaluru. Many prominent personalities from Karnataka and also from other countries attended the event and lauded the exemplary services being rendered by Dr Colaco. 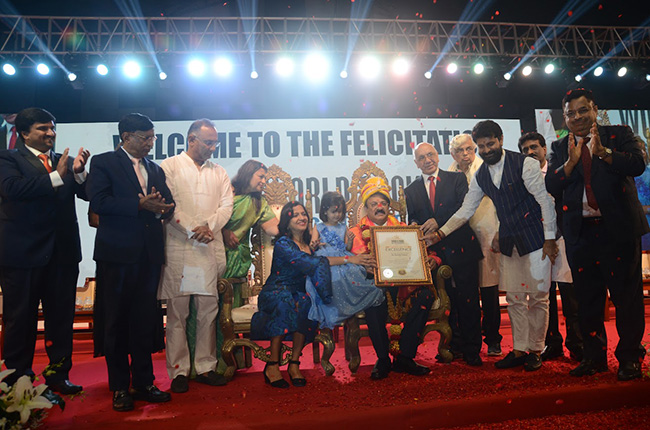 Speaking at the event, Virendra Sharma, Senior Labour Member of Parliament, UK said the world was craving for love, peace and harmony and people like Ronald Colaco are spreading it. "Ronald Colaco stands in-line with former US President Barack Obama and other world leaders who are spreading love and harmony in the world. The world needs more people like them. Dr Colaco has distributed the fruits of his achievements to the entire state and the country. His family has also wholeheartedly supported him in this noble cause" Sharma said while thanking for the opportunity to sign the certificate of excellence given to Dr Colaco by the World Book of Records. 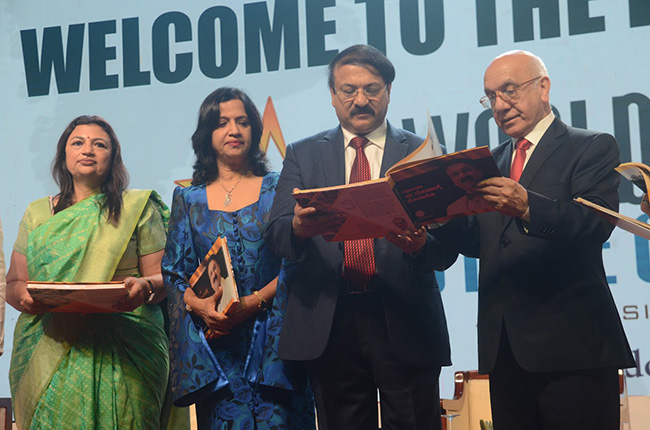 MLA and BJP National General Secretary C T Ravi, who is the Chairman of the felicitation committee lauded Ronald Colaco and added that he stands for the proverb "A pure heart is real temple". He further added that Dr. Colaco never says no to anyone seeking help or his services. State Government has awarded the Rajyotsava Award to Dr Colaco. He deserves an award from the Central Government. But we are not able to recommend his name as our Central Government doesn't consider recommendations. It's only a matter of time that personalities like Dr Colaco get their due recognition. He has already made a place for himself in the hearts of every Indian by his charitable works, said CT Ravi. 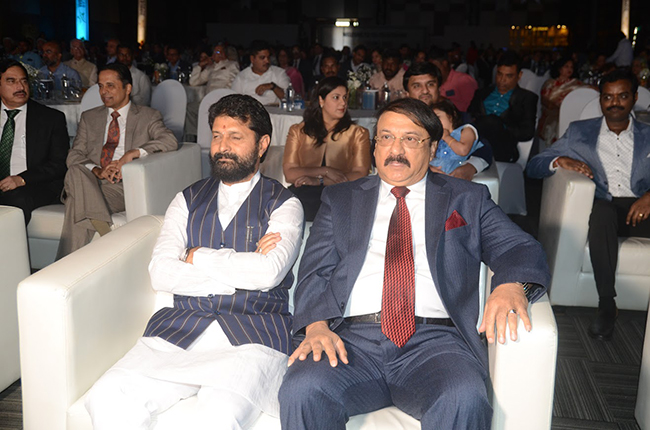 MLC Bhojegowda also addressed the event and remembered how Ronald Colaco has been serving people for over 35 years despite facing several difficulties in his life. "His life has not been a cakewalk. He was born in a family of a farmer. Despite this and several other difficulties he continued serving people and carved a name for himself. He has been following the principles of Rashtrakavi Kuvempu throughout his life." He said.

Former Minister Dinesh Gundu Rao said Ronald Colaco has worked all along with the true spirit of India and is an ideal Indian. He also congratulated Dr Colaco for his immense contribution to the development of Devanahalli, which has seen overall development after Dr Colaco's intervention. 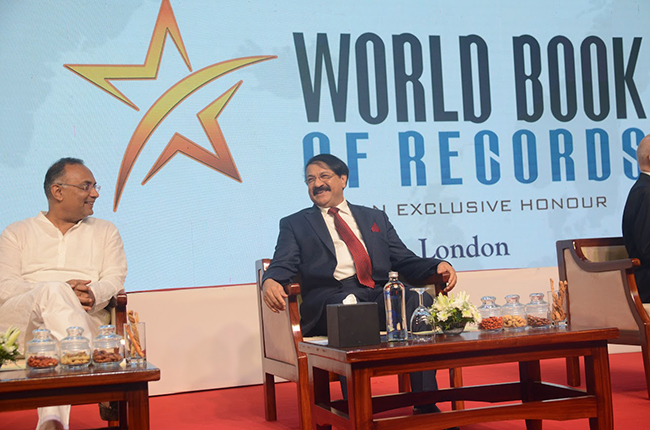 Dr. Aarti Krishna, former Vice President of Karnataka Government NRI Forum, said NRIs across the world are proud of Ronald Colaco and his work is not just limited to Arab countries but is widely recognised across the world. She described him as a Proud Kannadiga and Proud Indian.

Accepting the felicitation, a humbled Dr Ronald Colaco, reminded the audience that it was a pledge he and his wife Jean Colaco took during their marriage to share a certain percentage of his income for the welfare of the society that has always inspired him to do and continue his charity works. He also requested the audience to pledge that they will spare a portion of their income for the charity works. 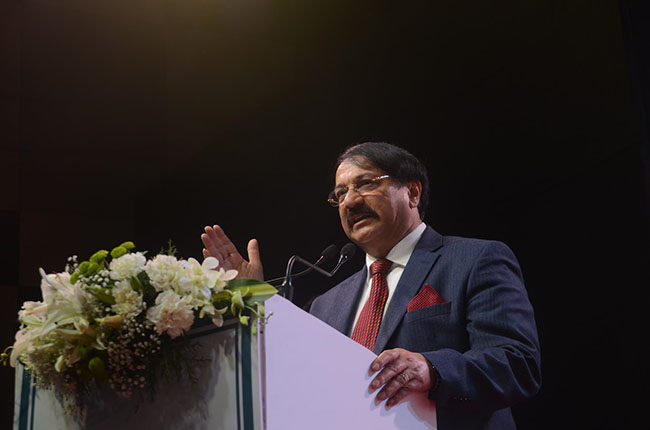 Vishwabhooshana, a book on the life and achievements of Dr Ronald Colaco was released during the event. The editors of the book S. Venkatesh Murthy, N. Narasimhamurthy and Me.Cha.Kotappa were honored.

Hailing from Moodbidri near Mangaluru, Colaso began his professional career in Oman in 1975 before working in eight other Arab and European countries as an accountant.

He was elevated as commercial CEO for a consortium of three multinational corporates like CCICL based in Athens, Greece, Mannesmann of Germany and Saipem of Milano, Italy. He was involved in turn-key projects such as the construction of world-class petro-refineries, gas processing and re-injection plants, townships and airports.

He put his rich experience in diverse capacities to good use and became an entrepreneur, and since then it has been a saga of success all the way. Through his business acumen, hard work, dedication and disciplined approach, Ronald Colaco has become a successful entrepreneur of great repute. 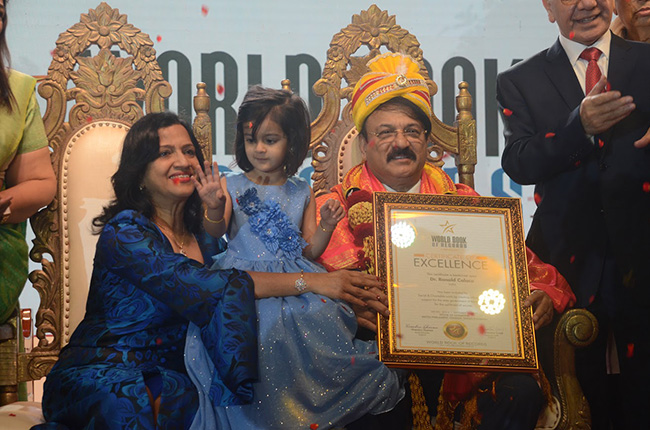 Apart from being a successful entrepreneur in his own right, Ronald Colaco has been very active in promoting socio-cultural, charitable and philanthropic activities in his endeavour to give back to the society that he has come from, in a big way. His has benefited the poor and the needy people and various institutions and organisations irrespective of caste, creed, race, religion and language. He has been a pioneer in providing infrastructure facilities for the benefit of the larger public and has set a precedent for others to follow. Many MNC’s and Corporates followed in his footsteps to carry out their corporate social responsibility, resulting in creating essential international standard infrastructure in the state. "Acts of caring and sharing have taught me to find so much of satisfaction, happiness and compassion within me and to stay attached to the values that are connected to the common good," Colaco asserts. 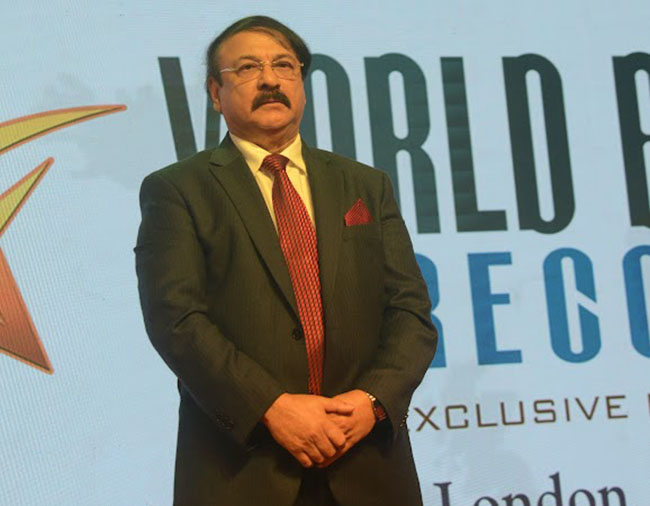 He has strictly adhered to the pledge he took at the time of his marriage in 1983 to share a certain percentage of his income and since then has extended a helping hand to individuals, institutions, organisations, the government and to the society in general. His wife Jean Colaco has been fully supportive of his philanthropic and charitable endeavours.

Colaco has been the recipient of several national and international awards in recognition of his charitable and philanthropic activities including the prestigious award from the office of The Prime Minister of Australia through CSIA which conferred the '2015 International Recognition Award for Leadership in Service Excellence' at the Australian Service Excellence award ceremony held in Melbourne in 2015. Colaco was the only person chosen for this prestigious award internationally from among 80 countries.

His charitable and philanthropic activities cover a wide array of fields which spread across Karnataka, Goa, Maharashtra and overseas countries under different categories and fields. 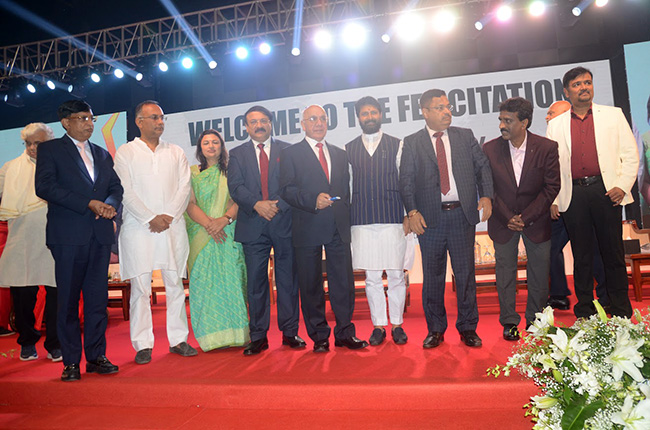 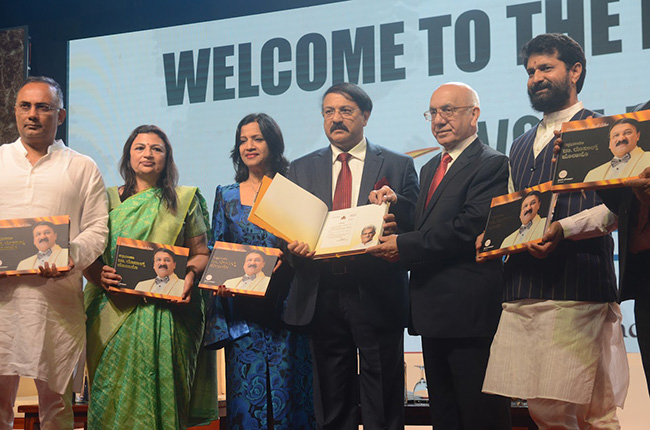 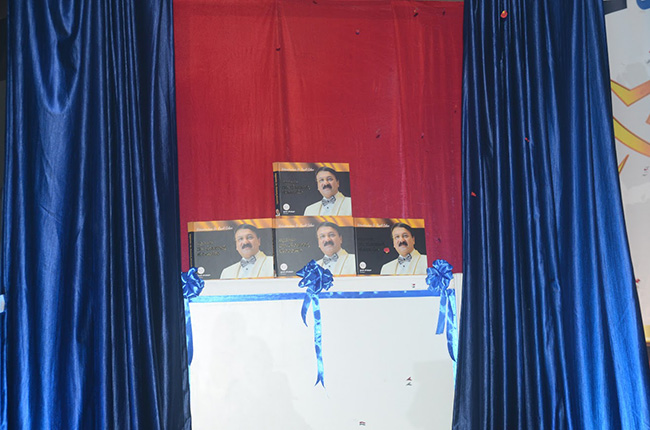