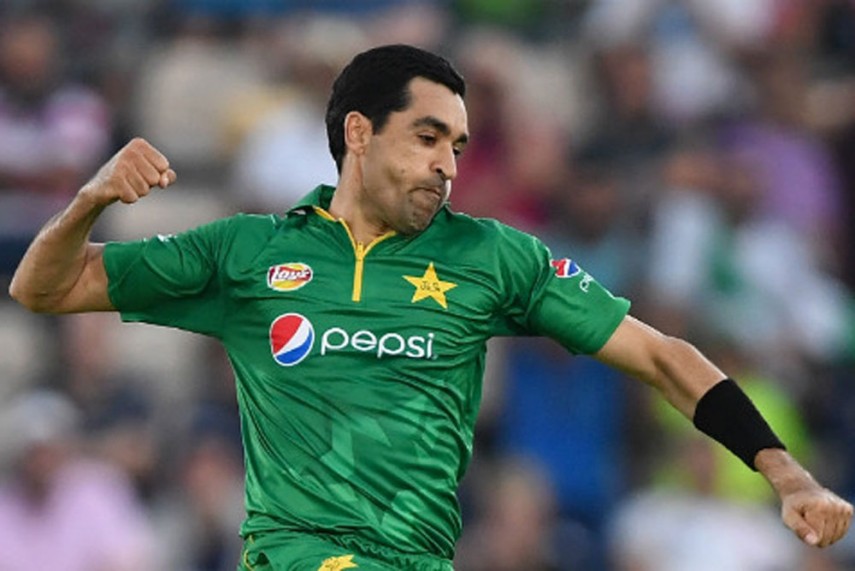 Karachi: Veteran Pakistan pacer Umar Gul on Saturday announced he will retire from all forms of cricket after the ongoing National T20 Cup, ending an international career spanning 17 years.

The 36-year-old Gul, who played his last match for Pakistan -- an ODI -- in 2016, featured for the Balochistan team in the National T20 Cup, which ends on Sunday.

His side lost to Southern Punjab in Rawalpindi on Friday to be out of the reckoning for the semifinals.

"With a very heavy heart and after a lot of thinking, I have decided to bid farewell to all formats of cricket after this National T20 Cup," Gul wrote on his Twitter handle.

"I have always played for Pakistan with all my heart and 100 percent of hard work. Cricket is and will always be my love and passion but all good things have to come to an end," he added.

Gul could barely hold back his tears as his Balochistan teammates gave him a guard of honour.

The pacer was diagnosed with a stress fracture of the lower back in 2004 after taking a five-for against India in a Test in Lahore and some years ago, he also suffered a knee injury, which hit his career badly.

The Peshawar-born Gul made his international debut in an ODI in 2003. He played his first Test that year itself. His last Test was against South Africa in 2013.

"Praying that the future will hold much more for me. Secondly, I would like to thank @TheRealPCB and all the coaches and people who have been a part of my cricketing journey. Special thanks to media, my fans and followers who made it all worthwhile n supported me at all times," he said.

Gul, who is serving as a member of the Pakistan Cricket Board's Cricket Committee, said he would like to contribute to the sport in other capacities.

"I have thoroughly enjoyed my cricket, which has taught me the values of hard work, respect, commitment and determination.

"During this journey, I have had the pleasure of meeting numerous people who have helped and supported me in some way. I want to thank all those people as well as my teammates and peers for their support," the PCB quoted him as saying.