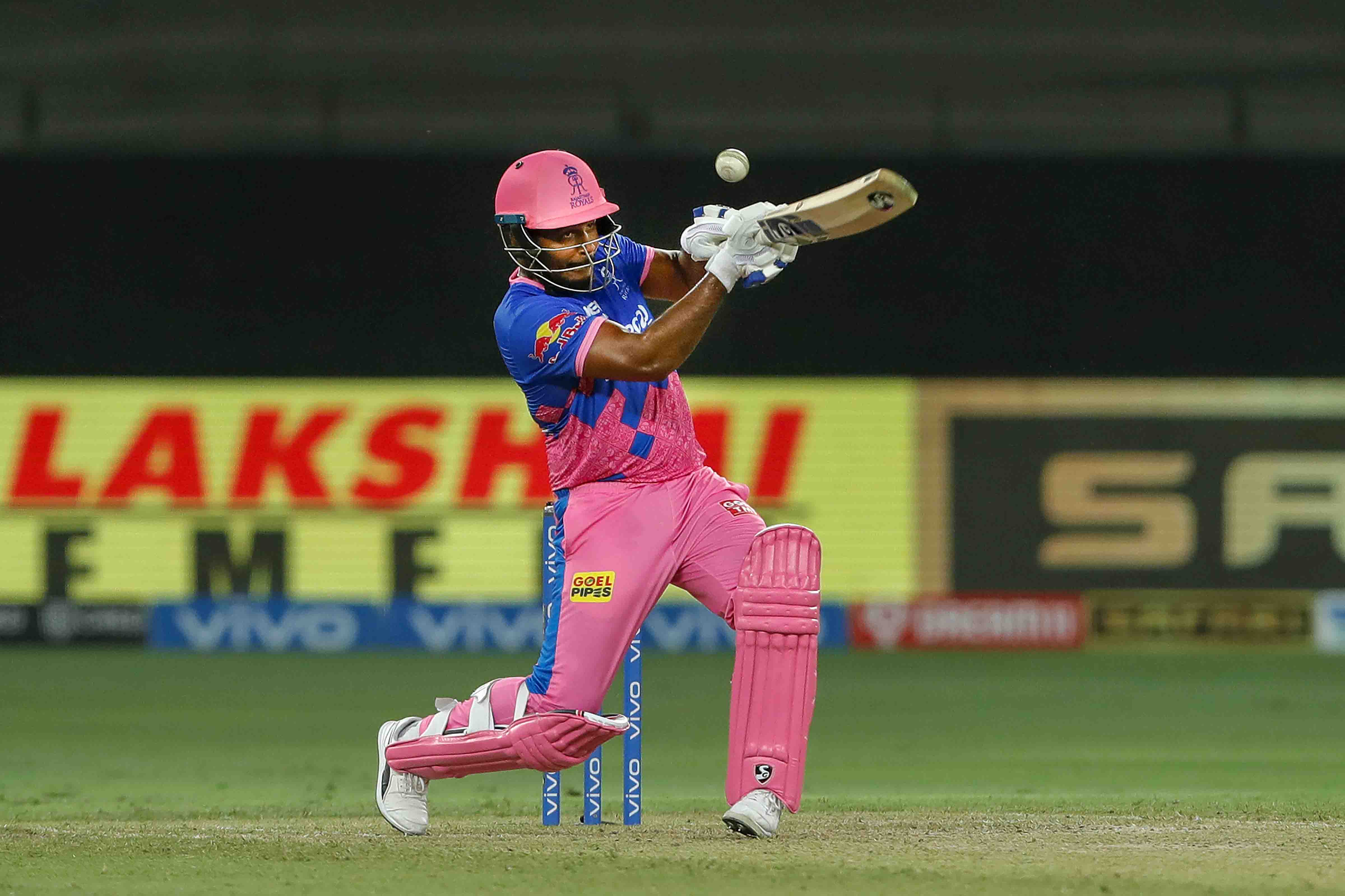 It is second consecutive fifty for Samson after conjuring up an unbeaten 70 against Delhi Capitals on Saturday.

The captain sent the ball seven times to the fence and three times over it in his impressive 57-ball innings, with which he became the leading run-scorer (433) of the season, surpassing Delhi Capitals' Shikhar Dhawan (430).

Yashasvi Jaiswal (36) and Mahipal Lomror (29 not out), who was dropped twice (23 and 29), were the other two batters to provide valuable contributions on a wicket where the ball did not come on to the bat easily for a major part of Royals innings.

Asked to bowl, pace spearhead Bhuvneshwar Kumar (1/28) bowled a splendid length ball, on leg stump which worked perfectly for SRH as the dangerous Evin Lewis (6) hit straight to Abdul Samad at deep backward square leg in the second over.

Despite snaring Lewis' wicket early, the Sunrisers bowlers were guilty of bowling wide and short and Jaiswal took the opportunity to counterattack.

The youngster, who smashed four boundaries and a six, played some splendid shots with skipper Samson also slowly finding his feet as the two collected 46 runs in the Powerplay.

The duo went on to share a 56-run stand before Sandeep Sharma (1/30) got rid of Jaiswal, who had hit a stunning six just a ball earlier.

To keep the pressure on the Royals, SRH skipper Kane Williamson brought in star Afghan leg-spinner Rashid Khan (1/31) back into the attack and a mis-hit by Liam Livingstone (4) meant the move was met with the desired result.

With Lomror playing second fiddle to perfection, Samson took over the proceedings.

But Siddharth Kaul (2/36) bowled a great last over, dismissing Samson and Riyan Parag (0) to restrict the Royals to 164 after being hit for 20 runs in his third over.