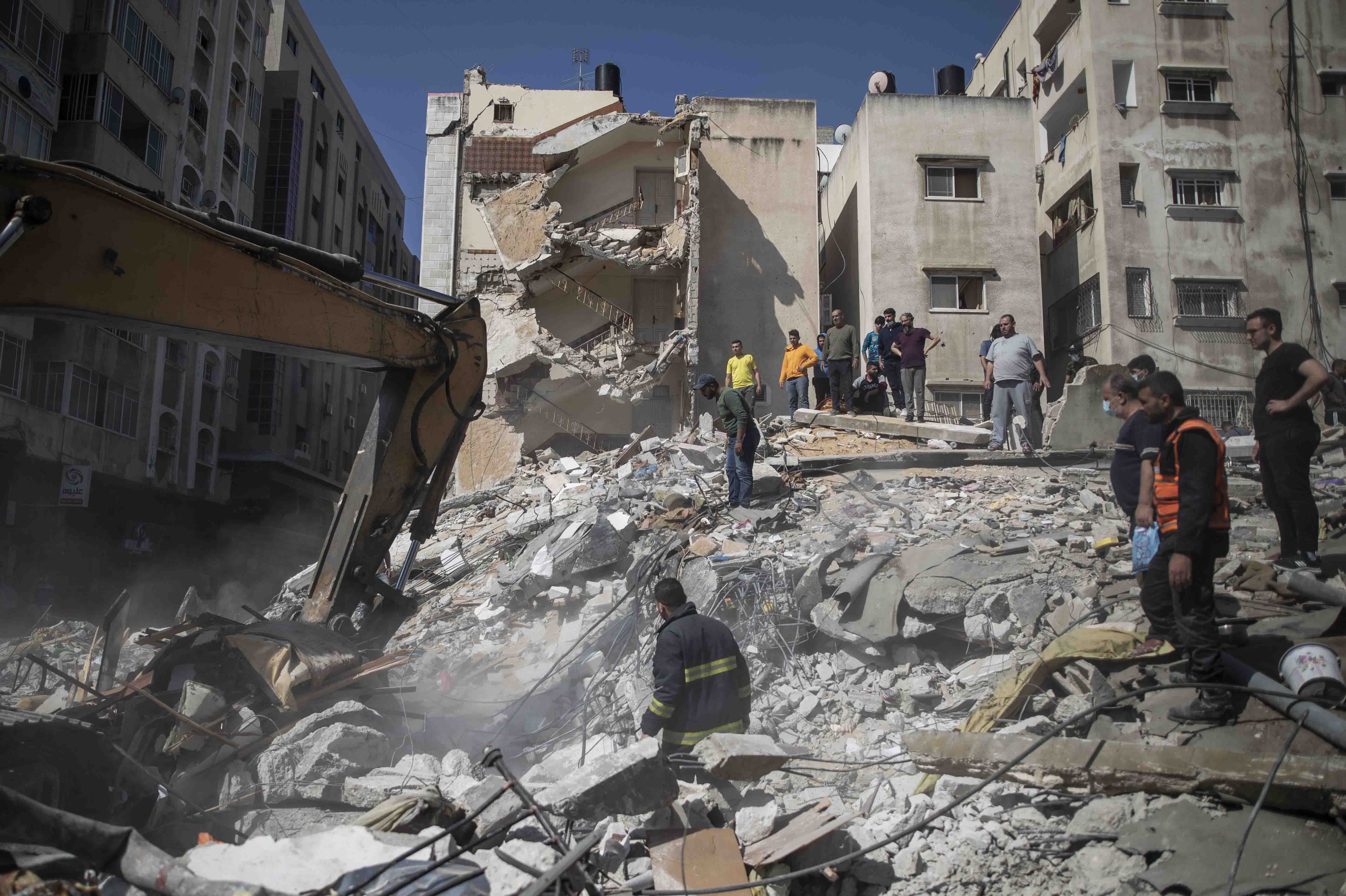 Dubai, May 16: A league of Muslim nations on Sunday demanded that Israel halt attacks killing Palestinian civilians amid heavy fighting between it and Hamas in the Gaza Strip, even as fissures between countries over their recognition of Israel emerged.

A statement by the 57-nation Organization of Islamic Cooperation hewed closely to previous ones issued by the Saudi-based group, including backing the decades-old call for Palestinians to have their own nation with East Jerusalem as its capital.

However, recent normalization deals between Israel and some nations in the group as well as their own concerns about Hamas saw diplomats at points instead criticize each other.

The massacre of Palestinian children today follows the purported normalization, Iranian Foreign Minister Mohammad Javad Zarif said. This criminal and genocidal regime has once again proven that friendly gestures only aggravate its atrocities.

The past week has seen some of the worst violence across Israel and the Palestinian territory since the 2014 war in Gaza, with militants launching missiles and Israel pounding the blockaded coastal strip home to 2 million people with heavy fire. At least 188 Palestinians have been killed in Gaza with 1,230 people wounded. Eight people in Israel have been killed.

The Organization of Islamic Cooperation statement called on Israel to respect Muslims' access to Al-Aqsa Mosque, the third-holiest site in Islam, as well as stop settlers from forcibly evicting Palestinian families from their homes.

The plight of the Palestinian people is the bleeding wound of the Islamic world today, Afghan Foreign Minister Mohammad Haneef Atmar said.

But the videoconference meeting saw some delegates instead turn their fire toward countries like Bahrain, Morocco, Sudan and the United Arab Emirates, Muslim nations which reached normalization deals last year to recognize Israel. While Egypt and Jordan earlier reached peace deals, supporters of the Palestinians criticized the new countries for recognizing Israel before the formation of an independent Palestinian state.

There are a few who have lost their moral compass and voiced support for Israel, he said. If there are half-hearted statements within our own family, how could we criticize others? Who will take our words seriously?

Zarif also accused Israel of genocide and crimes against humanity.

Make no mistake: Israel only understand the language of resistance and the people of Palestine are fully entitled to their right to defend themselves, Zarif said.

Hamas, which seized power in Gaza in 2007, didn't take part in the meeting, which came before consultations at the United Nations over the crisis.

Across the Arabian Peninsula, reactions to the fighting similarly has been mixed. In Qatar, home to the Al-Jazeera satellite network, hundreds turned out late Saturday night to listen to a speech by Hamas' top leader Ismail Haniyeh. Kuwait's parliament speaker reportedly spoke with Haniyeh on Saturday, as did Qatar's foreign minister.

Meanwhile, in Bahrain and the UAE, government-linked media hasn't been covering the current flare-up of violence nonstop like other networks in the region.

There are murmurs of dissent though. In Bahrain, civil society groups signed a letter urging the kingdom to expel the Israeli ambassador. In the UAE, where political parties and protests are illegal, Palestinians have expressed their anger quietly, worried about losing their residency permit. Some Emiratis also have expressed concerns.

The region's only democracy," tweeted the Emirati writer and political analyst Sultan Sooud Al Qassemi in writing about Israel's strike on a Gaza building that housed the offices of The Associated Press and Al-Jazeera.

Hussein Ibish, a senior scholar at the Washington-based Arab Gulf States Institute, said most Gulf Arab leaders fear Hamas' rocket fire as "cynical, dangerous, unnecessarily provocative and endangering Israelis and Palestinians in Gaza alike. That takes the pressure off those Gulf leaders to respond, unlike in other confrontations involving the Al-Aqsa Mosque or when Israeli settlers force Arab families out of their homes, he said.

There won't be much sympathy for what is widely viewed in the Gulf as Israel's heavy-handed and disproportionate retaliation," Ibish wrote, "but it will be much easier for Gulf leaders and many citizens to regard the exchange as a tragic conflagration at the expense of ordinary people brought about by two leaderships over which they have neither control nor responsibility.