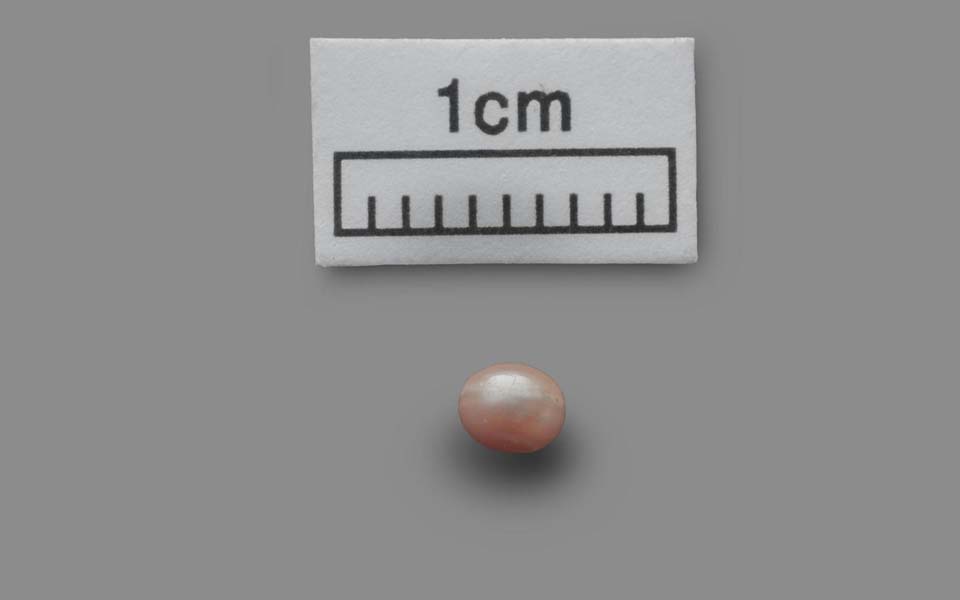 The oldest natural pearl in the world | PC: Department of Culture and Tourism Abu Dhabi

Abu Dhabi, Oct 20: An 8,000-year-old pearl that archaeologists say is the world's oldest will be displayed in Abu Dhabi, according to authorities who said Sunday it is proof the objects have been traded since Neolithic times.

The natural pearl was found in the floor of a room discovered during excavations at Marawah Island, off the capital of the United Arab Emirates, which revealed the earliest architecture found in the country.

The oldest natural pearl in the world is less than a centimetre long. Courtesy Department of Culture and Tourism Abu Dhabi

"The layers from which the pearl came have been carbon dated to 5800-5600 BC, during the Neolithic period," Abu Dhabi's Department of Culture and Tourism said.

"The discovery of the oldest pearl in the world in Abu Dhabi makes it clear that so much of our recent economic and cultural history has deep roots that stretch back to the dawn of prehistory," said its chairman Mohamed Al-Muabarak.

The excavation of the Marawah site, which is made up of numerous collapsed Neolithic stone structures, has also yielded ceramics, beads made from shell and stone, and flint arrowheads.

The "Abu Dhabi Pearl" will be shown for the first time in the exhibition "10,000 years of Luxury" which is opening on October 30 at the Louvre Abu Dhabi -- the outpost of the famous Paris museum.

Emirati experts believe that the pearls were traded with Mesopotamia -- ancient Iraq -- in exchange for ceramics and other goods. They were also likely worn as jewellery.

"The Venetian jewel merchant Gasparo Balbi, who travelled through the region, mentions the islands off the coast of Abu Dhabi as a source of pearls in the 16th century," the culture department said.

The pearl industry once underpinned the economy of the United Arab Emirates, but the trade collapsed in the 1930s with the advent of Japanese cultured pearls, and as conflicts rocked global economies.

Instead, the Gulf nations turned to the oil industry which dominates their economies to this day.

Parents, teachers scramble for ways to teach as e-learning remains a dream in rural India 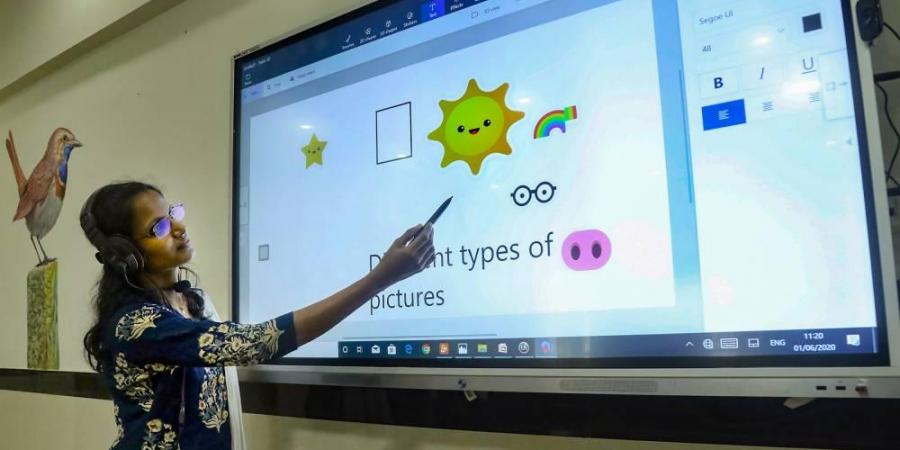 New Delhi: In a newly acquired daily ritual, students in Haryana's Jhamri village open their textbooks at the sight of the cart that arrives near their homes, filling the vacuum left by the closure of schools due to the lockdown and lack of digital infrastructure such as feeble internet connectivity.

To maintain social distancing, the students take notes from their homes as a teacher imparts lessons using the loudspeaker attached to the cart. The innovative way to ensure that students catch up with the syllabus they have missed since classes were suspended has been initiated by Satyanarayan Sharma, who runs a school in the village in the state's Jhajjar district.

"The bigger issue is not the effect on students' learning levels but that they should not drop out, Sharma told PTI. I have arranged for a loudspeaker system on a cart. The teachers are asked to turn-wise go with the cart and park it at a feasible location and impart lessons from there. It cannot match up to classroom learning but will ensure some learning," he said.

This strange new way of educating school students is not uncommon in the country's rural parts. The lockdown induced by COVID-19 in March prompted schools and colleges to move to the virtual world for teaching and learning activities. But weak internet penetration has turned e-education into a distant dream for many children in rural areas. As per official statistics, there are over 35 crore students in the country. But it is not clear how many of them have access to digital devices and the internet.

Ghanshyambhai, a teacher in Janan village, Gujarat, has started using the public announcement system of the village panchayat to share stories, songs, guidelines for parents on how to deal with children during the lockdown period, the importance of exercising and much more. "During this challenging time, we can't expect students to just grab their parents' smartphones and start attending classes, he told PTI.

He said while it is not possible to explain complex subjects like mathematical problems through loudspeakers, the method is at least ensuring that learning is not totally disrupted. "I also announce when I'll be at Panchayat Bhawan so students or parents who want to clear any doubts or to interact can see me there, while maintaining social distancing," he added.

In Maharashtra's Bhadole village, teachers have identified students who have access to smartphones and have formed groups clubbing them with students without any access.

"It works if one among ten students has access to a phone and lives near the other students' homes," said Shano Devi, one of the teachers in the group. The teachers send lessons on the phones of the parents who have phones. The other students note down the lessons from the phones of their friends' parents, complete assignments at their homes and send them back using the same device.

The teachers have directed students to not gather at once at the homes of those with phones but in slots to ensure social distancing, Devi said. "We teachers have also pooled in money to get data recharges for parents who are enabling the group to study so they are not discouraged because of the expense," said Devi. Experts say the digital divide in the country may turn online classes into an operational nightmare.

Anindit Roy Choudhary, director of programmes and policy impact, Save the Children (India), said India has a clear digital divide and rural areas are far beyond the digital outreach. "Education and learning are very clearly related to the environment the child is in. When a child is in school, a learning environment is created. That environment permits the child to learn," he said.

Noting that many households either may not have a smartphone or children don't have access to digital devices.

"The phone is owned by the man of the house. A father or older brother may not handover the phone to the child to learn. The problem with digitisation that we are taking for granted is that a certain group of children will be missed out," he said.

Choudhary said there is a need to build a campaign to bring back children in a learning environment. "Even if schools are not operational, the Anganwadi centres can be functional in a multi-time way. Coronavirus is here to stay. We need to create opportunities for these children to come into a learning environment where they can maintain physical distance from each other, wear masks, have sanitised hands and sit in the learning environment to learn," he said.

In many other parts of the country, teachers and parents are still scrambling to look for ways for the students to continue their studies.

Imran Khan, a farmer, has started spending his evenings teaching his 12-year-old son. With low internet accessibility in his Khair village in UP, he has to go near the panchayat office where internet connectivity is better. Khan, who has studied till class 10 and had to drop out of school to help his father at the farm, said he downloads pdfs of various subjects and learns from them during the day to teach his son in the evenings.

"I want my son to become an engineer. With this pandemic I can't let his studies get affected," he said. While Khan's ordeal is not uncommon, the real question is how many parents in rural parts have the capacity to turn into teachers for their children. Vikas Dubey's main aide arrested, was present during firing at police when 8 cops were killed

The main aide of gangster Vikas Dubey involved in the attack in which eight police personnel were killed was arrested in a pre-dawn encounter in Kanpur, a senior police official said on Sunday. A 15-year-old girl's determination to pursue her studies by cycling 24 km every day to and from her school in a Madhya Pradesh village has paid off as she has secured 98.75 per cent marks in her Class 10 exams. 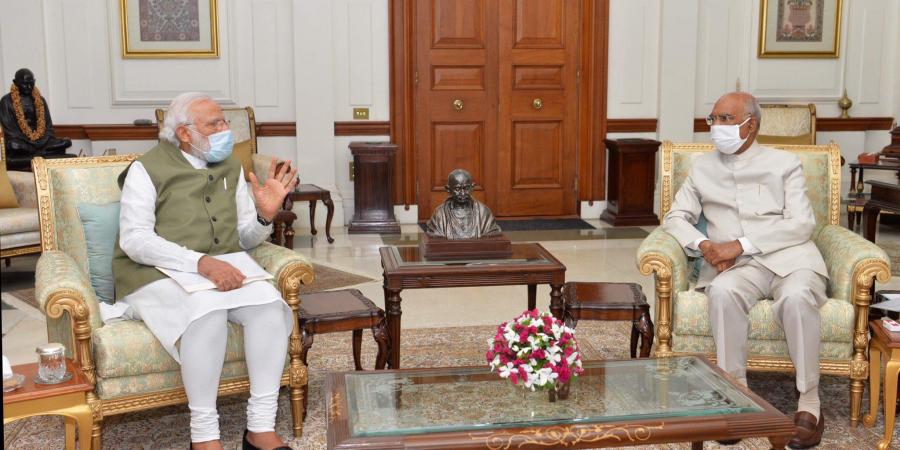