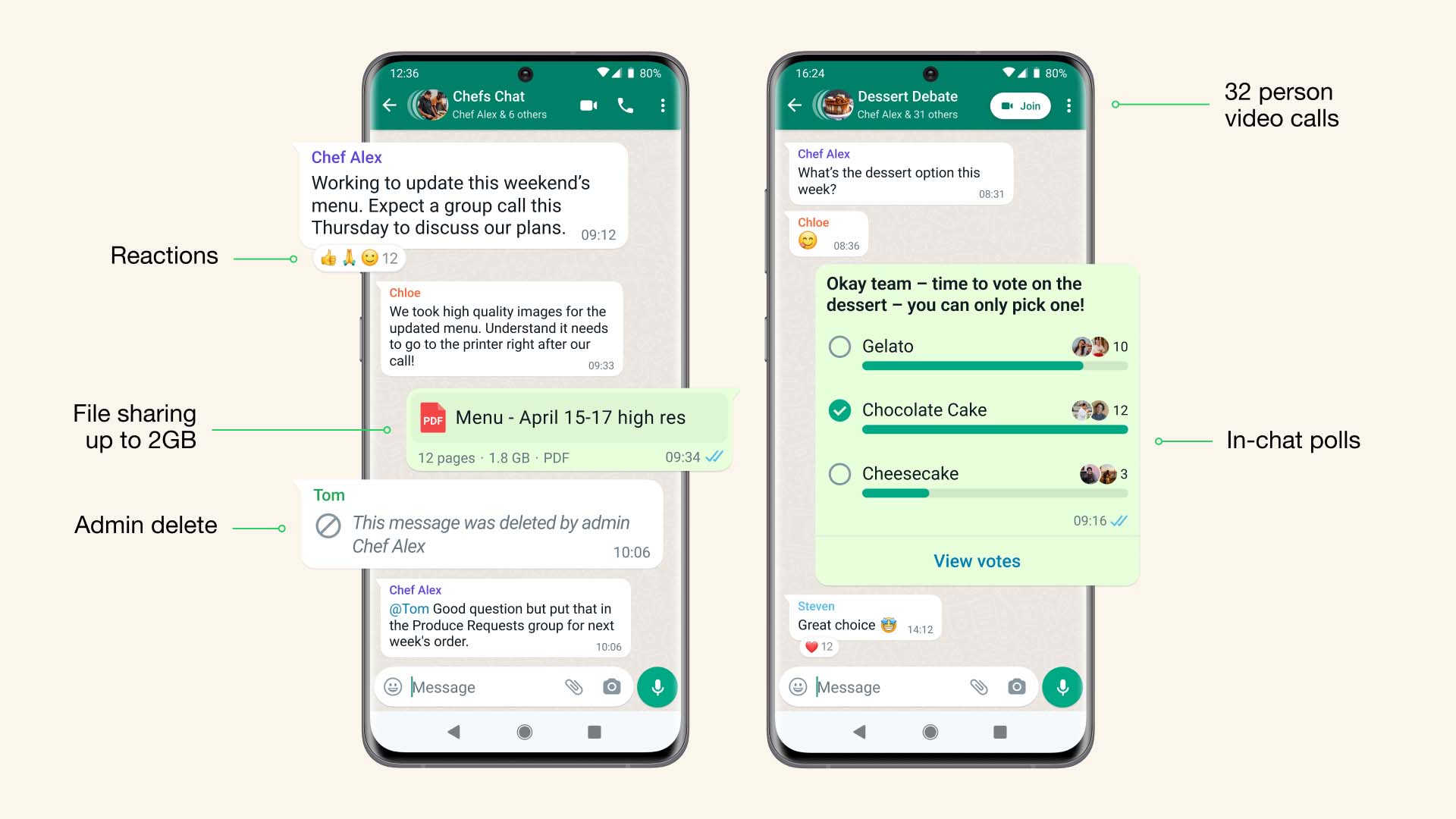 Instant messaging platform WhatsApp users will be able to connect with up to 32 connections simultaneously on voice and video calls, transfer up to 2GB files and add up to 1,024 members in a group, the company said on Thursday.

Besides, Whatsapp users will be able to broadcast messages to up to 5,000 users, who are part of their community and participate in polls, the company said, ”Today, we’re launching Communities on WhatsApp. It makes groups better by enabling sub-groups, multiple threads, announcement channels, and more. We’re also rolling out polls and 32-person video calling too. All secured by end-to-end encryption so your messages stay private,” Meta Founder and CEO, Mark Zuckerberg said on Facebook.

The company announced the feature in April and has started rolling them now, which will be gradually available to all users in the next few weeks. The Meta-owned platform is rolling out in-chat polls and will allow file transfer of up to 2GB files, which was limited to up to 16 MB earlier.

”WhatsApp is also releasing three more features: the ability to create in-chat polls, 32-person video calling, and groups with up to 1,024 users. Just like emoji reactions, larger file sharing, and admin delete, these features can be used in any group but will be particularly helpful for Communities,” the company said.