“While I warmly welcome Haris into the board as the Trade commissioner, his experience and commitment to excellence will be a major asset for the Global Trade bodies and especially between India and the Arab nations. Congratulations and best wishes in his new role as Trade Commissioner.” said Saad Al Dabagh in Qatar. 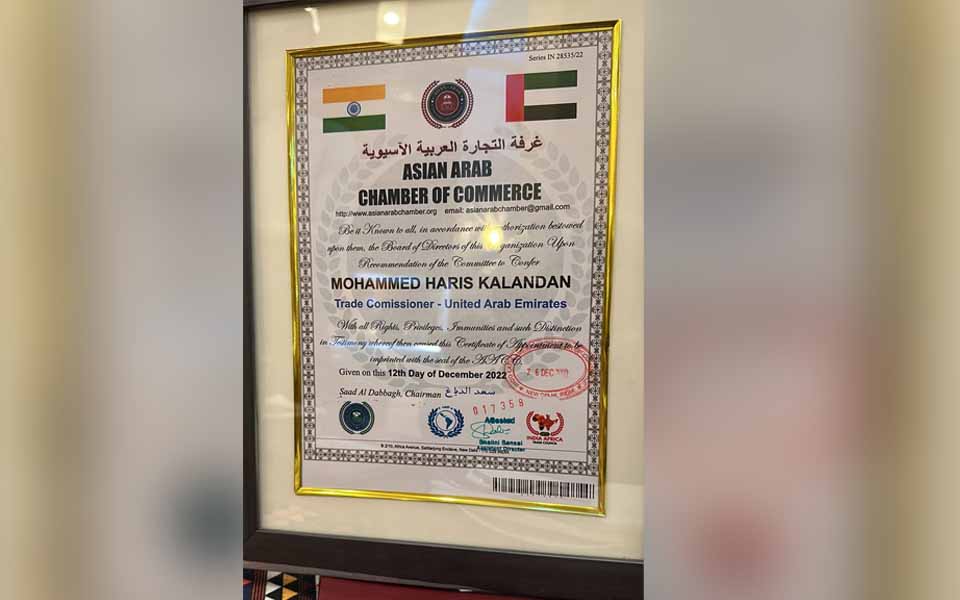 “India-UAE relations are witnessing an unprecedented momentum with a large number of opportunities for cooperation and increasing investments, in key sectors like infrastructure and technology” said Haris who is actively looking at his new role in promoting trade relations between India and the Arab world specifically the United Arab Emirates.

“In the trade world, there is no one quite Haris from Mukka Exports. He is brilliant, hard-working and devoted to getting trade right. He’s been a devoted entrepreneur for nearly two decades on the Fishing and Sea food business, advancing the prosperity of India’s trade narrative. Through his work on various trade agreements, he has opened the doors for Indian businessmen to deliver goods and services in the UAE, strengthening our economy, and securing our leadership abroad,” said Dr Krishnakumar IAS, the former minister of Defense and Agriculture, Govt of India.

Arab world considers it very significant that the Trade Commissioner from India who is inaugurated as the head of the trade commission in the international organization which embodies diversity with many memberships from developing countries in light of maintaining and reinforcing the multilateral trading system. AACC hopes that the Trade Commissioner will address a myriad of challenges facing the India UAE Free trade agreement thorough cooperation with the Members, by demonstrating his deep expertise and experiences, his calibre of coordination with major countries, as well as his managerial ability to run multilateral institutions, which he has previously cultivated in his distinguished capacities in leadership roles and as a founder promoter of Mukka Sea Food Industries Limited. He has worked in different verticals with strategic assignments across companies, said a release. 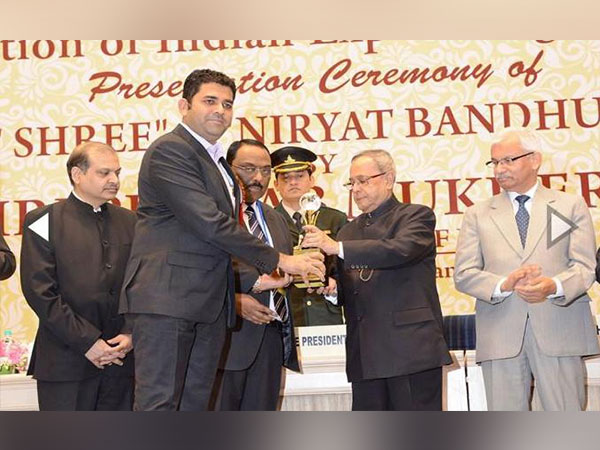 He would help the UAE exporters who can now benefit from greater market access through preferential tariff rates. Some products will be subject to zero tariffs from day one – others will see them reduced over time. The CEPA, which was signed earlier this year, is expected to increase the total value of bilateral trade in goods to over $100 billion and trade in services to over $15 billion within five years, said the release.

He is the Managing Director at Mukka Sea food Exports Limited and his role of building new businesses and forging international relationships with the Arab World qualify him for taking up the role of Trade commissioner for the United Arab Emirates. As a co-founder of SHIPWAVES he was responsible for building the next general digital platform for Global trade by streamlining the supply chain with Cloud and AI and Blockchain technologies. He also set up India’s first steam sterilised fish meal plant with expansion of 8 plants across the globe. Mukka group today has a turnover of over INR 600 Crores (Dhs 300 million) per annum and is one of Asia’s fastest growing companies.

“Haris is a great choice for one of the new Trade Commissioner as he joins the AACC to usher in a new era with more Indian leadership than ever before,” said Tribhuvan Darbari the Vice President of the board. As he has skillfully negotiated trade deals and crafted our nation’s trade policy while gaining a sophisticated understanding of the opportunities available and the challenges facing the Indian market that is looking at 5 Trillion in the short term. I look forward to working with him, as well as the Director General, to resolve the Committee’s long-standing concerns with the Free Trade Agreements. I also look forward to addressing issues that have not always been prioritized, particularly when it comes to climate change, labor, and SME’s economic empowerment. I wish him the very best in this new endeavor and thank him for his commitment to public service.” he said.