Doha (Qatar): Qatar and the Museum of Islamic Art have established a new Guinness World Record for most Languages in a Reading Relay last Wednesday evening.

Among the readers was Boluwatife Agbelusi from Museum of Islamic Art, who is the official translator of the book in Yoruba (one of the languages of Nigeria). Another was Saleh Al Marri from MIA Guides reading the text in Japanese!

There were 75 judges in place who had the serious job of evaluating the readers language skills and acting as expert witness. Mr. Pravin Patel had flown in from Dubai as the Guinness Adjudicator who gave the final decision on if team was the new record setters.

Participants from India, read out the translated portions from the story The Little Prince, in prominent Indian languages such as Kannada, Hindi, Urdu, Sanskrit, Marathi, Tamil, Telugu, Malayalam, and Gujarati. Engr. Noor Ahmed Sanadi who hails from Karnataka, was one of the independent judges for several Indian languages.

The museum atrium looked gorgeous, the event was beautifully organized and supported by the French Embassy and Qatar TV. It was also impressive to see so many readers coming in their stunning national dresses.

Reactions after were excitement, pride of Qatar and community. The Museum building projected the Guinness Attempt logo during the event. 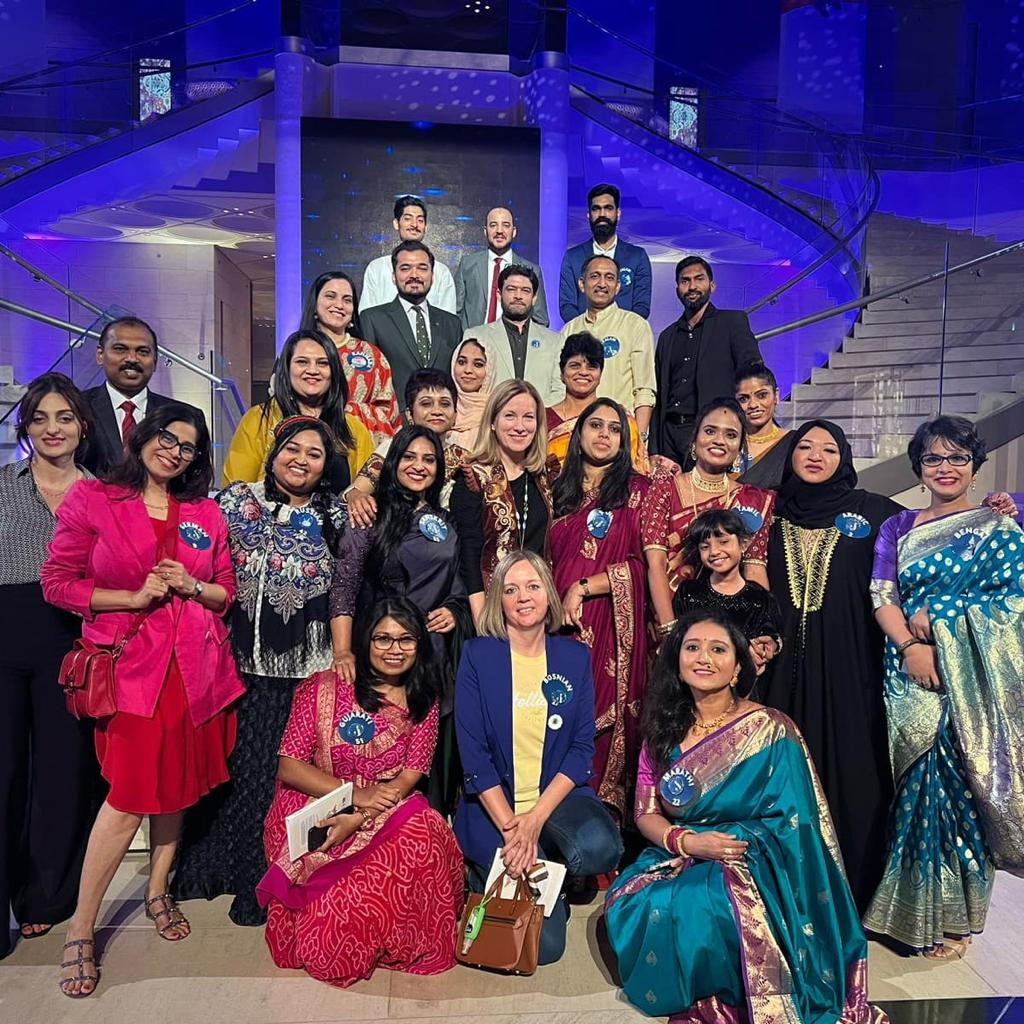