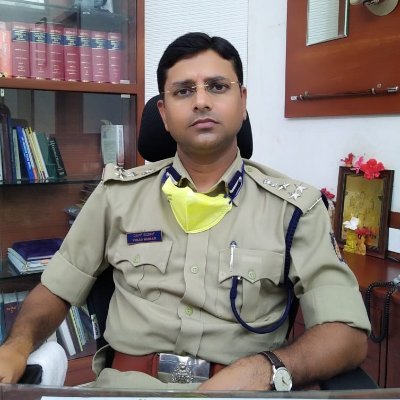 Mangaluru, Nov 29: Taking strong exception to the “graffiti war” that has erupted in Karnataka’s Mangaluru over the last three days, former Karnataka minister and local Congress MLA, U.T. Khader on Sunday demanded that the ruling BJP arrest those involved in this malicious messaging.

Early on Friday, a graffiti appeared in Mangaluru, reading: “Do not instigate us to invite Lashkar-E-Toyaba or Talibanis to deal with Sanghis and Manuvadis, Lashkar-E-Taoyaba Zindabad!”

In response to this, a graffiti message on Saturday stated that the Sangh Parivar “is ready to take on anyone”.

On Sunday, another graffiti message in Urdu but written in English script warned that if anyone insults the Prophet, such person will be beheaded (“Gustak-E-Rasool, ek hi saja, sar dhad se alag”).

The Manguluru police is tight-lipped about these provocative messages, while a senior police officer told that they have already formed teams to identify culprits behind the graffiti exchange.

Police Commissioner Vikas Kumar has appealed to public to inform nearby police station or to call on 9480802304 or 9480802305 or control room number 0824-2220800 any helpful information. The whereabout of the informant will be kept undisclosed.

Meanwhile, speaking to reporters, Khader angrily accused the district intelligence of sleeping. “How can the police allow communally minded graffiti to come up three days in a row?” he asked.

According to him, whoever behind this must be put behind bars. “These mischievous writings are not only misleading but also threaten communal peace in the city,” he said.

He warned the police that if they do not arrest the culprits in a week, the Congress will launch protests. “In the meanwhile I will meet Home Minister, Basavaraj Bommai and Chief Minister, B.S. Yediyurappa and submit a memorandum separately to them,” he said.

The state’s coastal region is considered to be highly communally sensitive. Even in the past, such mischievous messaging have led to communal disturbances.