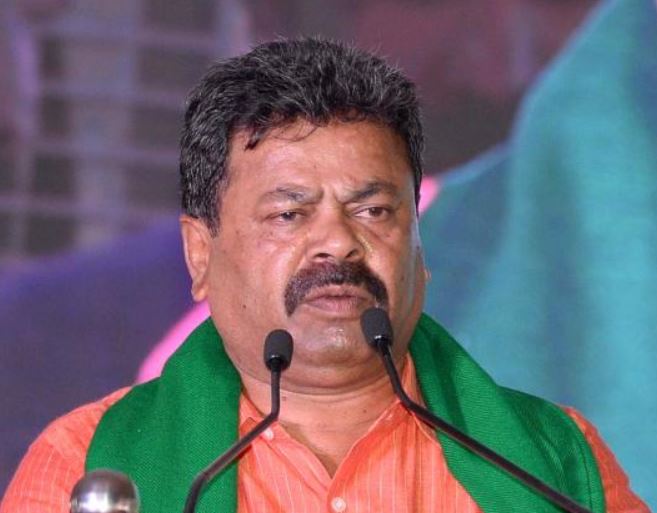 Bengaluru, Aug 5: Following a massive turnout at Congress heavyweight Siddaramaiah's 75th birthday bash in the central Karnataka district of Davangere, a section of BJP leaders from the region have urged the party leadership to hold a mega event there, aimed at projecting the achievements and programmes of the state government.

Chief Minister Basavaraj Bommai's political secretary and MLA from Honnali in Davangere district, M P Renukacharya said the party's local workers and leaders are asking for such an event to be organised in the district ahead of 2023 state assembly polls.

"Anyways, the division-wise meetings will be held, I will meet Chief Minister and BJP state President Nalin Kumar Kateel to give an opportunity to hold its valedictory event in Davangere. We will organise a mega event, because our leaders and workers are asking (for it)," Renukacharya said.

Speaking to reporters here, he clarified that the event should not be misconstrued as a counter to Siddaramaiah's 75th birthday bash held in Davangere on August 3, that saw a massive gathering.

"The (proposed BJP) event will be to project the public-friendly programmes, schemes and achievements of the BJP government to the people. We have made a request, the Chief Minister and party president will decide and announce," he added.

Attended by its top leader Rahul Gandhi, the Congress tried to use the mega birthday event of Siddaramaiah, with some eight lakh people in attendance according to sources, to virtually sound the poll bugle hoping that the event may draw a rich dividend to the party.

State BJP strongman and former chief minister B S Yediyurappa is said to have cautioned the party leadership that the massive show during Siddaramaiah's event cannot be taken lightly ahead of polls.

Responding to a question, Renukacharya said the BJP is not worried following the successful grand birthday celebrations of Siddaramaiah, pointing out that in fact it was opposed by state Congress President D K Shivakumar and other leaders of the opposition party.

"There are several factions in Congress like - Siddaramaiah faction, D K Shivakumar faction, Mallikarjun Kharge faction, and neutral faction - while in BJP there are no factions," he said, adding that there is respect towards Siddaramaiah as he is a leader of backward communities, but no fear about his birthday event affecting BJP's prospects in the region.

Shivakumar and Siddaramaiah have been publicly engaged in a game of political one-upmanship for the chief minister's post in the event of Congress coming to power after the Assembly election, and the event on Wednesday was seen as a show of strength by the former CM and his camp.