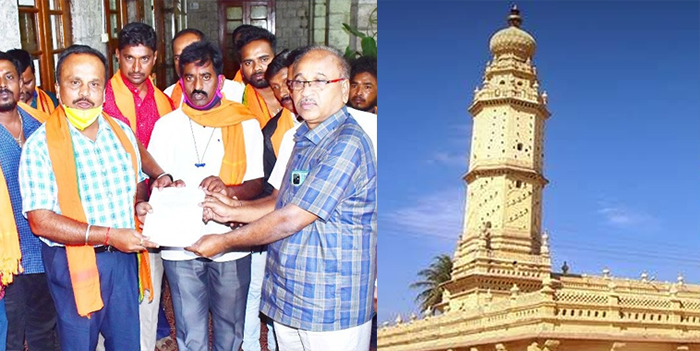 Mandya: In the wake of the controversies over Varanasi’s Gyanvapi mosque, fringe Hindutvava organisations including Vishwa Hindu Parishad and Bajrang Dal have sought for the videography survey and excavation of Jamia Masjid at Srirangapatna on Friday.

The twin right wing organisations have urged the Deputy Commissioner in an appeal that a mosque was built by demolishing Shri Anjaneyaswami temple at the entrance of the Srirangapatna fort in AD 1787 by Tipu Sultan while citing page no. 493, 494 of Mysore State gazetteer.

In an alarming note, the appeal urged that the prayers, madrasas and other activities of the mosque be taken to a standstill while requesting for the removal of people residing in the mosque for carrying out the excavation.

The appeal also warned of the possible protests that will be held if the excavations are not permitted.