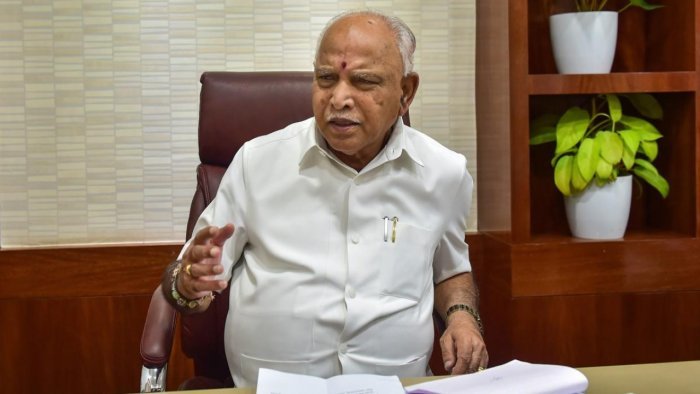 Bengaluru, Mar 10: Karnataka government on Wednesday constituted a three-member high-level committee headed by a retired High Court judge Subhash Adi to look into demands by various communities in the state for revising the existing reservation and advise it.

"As per the decision of the Cabinet to examine the demands by various communities on reservation within the constitutional and legal framework, a high-level committee headed by retired High Court judge Subhash Adi has been constituted," Chief Minister B S Yediyurappa's office tweeted.

The state Cabinet had, on March 3, decided to constitute the three-member high-level committee, and authorised the Chief Minister to make appointments to it.

Informing about the decision, Law Minister Basavaraj Bommai had said the retired judge would look into legal and constitutional aspects while the retired administrator would go into administrative aspect.

He had said there would also be a social scientist in the committee, which would give a comprehensive report.

Indicating that it was inevitable to breach the 50 per cent cap if demands are to be fulfilled, Bommai had said if it has to exceed 50 per cent, special criteria has to be identified and the committee would guide the government on this constitutionally and legally.

There are demands for revision of the existing quota from various communities led by seers or pontiffs, who have held protests.

The Veerashaiva-Lingayats are demanding OBC status under the central list, whereas the sub-sect of the community Panchamasali Lingayats wants to be put under Category 2A in the state quota.

The other dominant Vokkaliga community has decided to seek enhancement of reservation and wants all Vokkaliga sub-sects to be included under OBC.

On the other hand, the backward Kuruba community is seeking ST tag, the Valmiki community wants ST quota to be hiked from 3 per cent to 7.5 per cent.