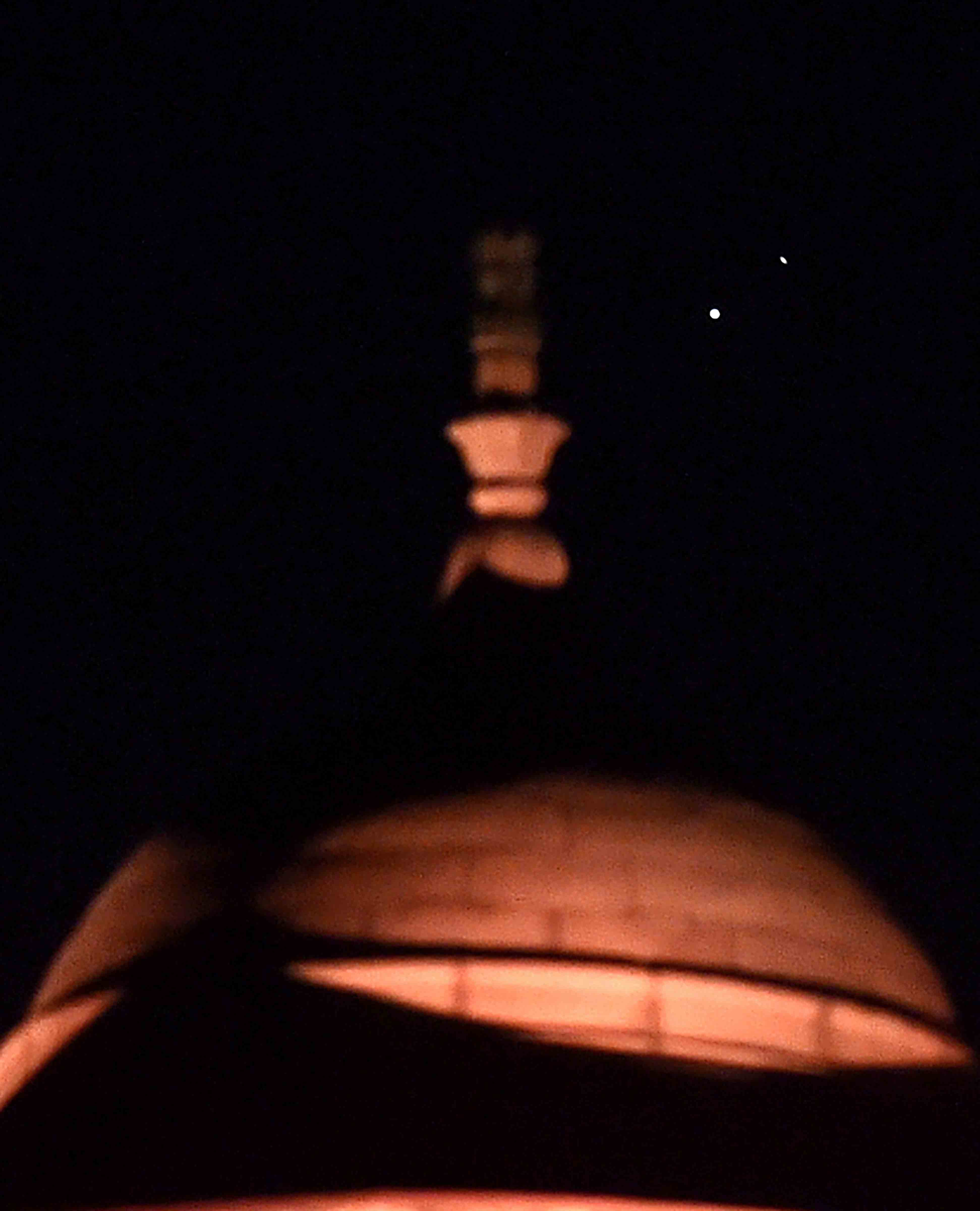 The great conjunction of Jupiter and Saturn appears in the sky over New Delhi, Monday, Dec. 21 | PTI

Kolkata, Dec 21: Space enthusiasts had the opportunity to watch a rare celestial event on Monday evening as the Jupiter and the Saturn appeared to merge and looked like a single bright star, in what is called a conjunction.

People gathered to watch the phenomenon, which took place after about 400 years, on rooftops and open grounds in different parts of Kolkata and West Bengal though the winter fog partially hindered the view.

Hundreds of sky gazers assembled at the Birla Industrial and Technological Museum in the city as the leading science museum has made an arrangement for them to view the cosmic event at the south-western part of the sky through a telescope, a BITM spokesman said.

The two planets have never been so close since 1623, Director of M P Birla Planetarium, Debi Prasad Duari, said.

He said, "If two celestial bodies visually appear close to each other from the Earth, it is called a conjunction. And such conjunction of the Saturn and the Jupiter is at times called a great conjunction" if it happens once in a lifetime.

The planets will again appear to come as close as this from the Earth on March 15, 2080.