Super Blood Moon in Easter sky on May 26 evening 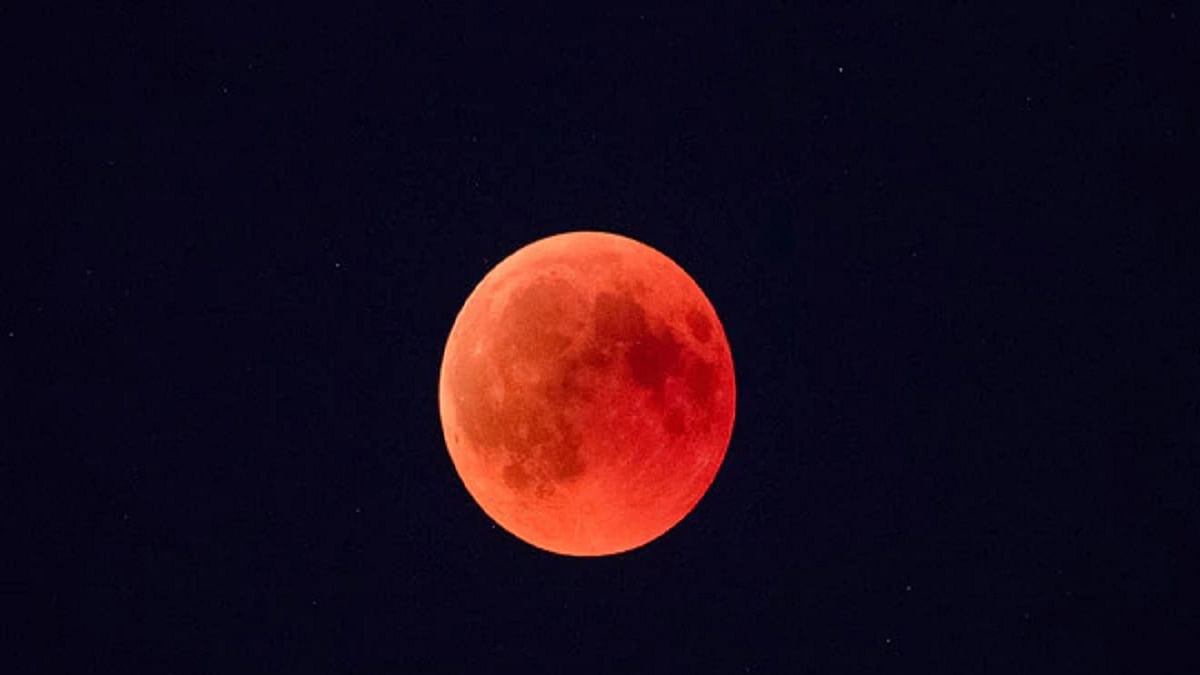 Kolkata, May 19: A rare Super Blood Moon will be seen in the eastern sky on May 26 evening, just after a total lunar eclipse.

"On the night of May 26, the sun, earth and moon alignment will be such that from earth it will be viewed as a full moon and also eclipsed for some time. Moon on its journey around the earth will be passing through earth's shadow for a few moments and will be totally eclipsed," Duari said.

The total lunar eclipse will be visible mostly from Eastern Asia, Pacific Ocean, most parts of North and South America and Australia.

For most of India, the moon will be below the eastern horizon during the total eclipse and so people of the country cannot observe a blood moon, but in some parts, mostly from eastern India, people will see only the very last part of a partial lunar eclipse, that is also very close to the eastern horizon when the moon is just rising.

On that evening, the "moon rise in Kolkata will be at 6:15 pm and the interested people will just possibly get a few minutes glimpse of the partial eclipse which will end at around 6:22 pm," he said.

For the other metropolis like Delhi, Mumbai and Chennai the eclipse will not be seen as during the eclipse phase moon will be below the horizon at these places.

"Most of the country will have to be satisfied with a penumbral eclipse, which is not very much discernible with naked eye, when moon passes through a slightly shadowed region of the Earth and is not very spectacular," Duari said.

"But, forgetting the critical COVID-19 situation, people can then see a bright and bigger full moon on that night. At perigee a full moon looks 30 per cent bigger and 14 per cent brighter than an average full moon. That is the reason the full moon will shine brighter and also look bigger on that night," he said.

Explaining the reason behind calling it a blood moon, Duari said as the totally eclipsed moon takes a dark blackish red colour (it) is called a blood moon.

"This happens because of the comparatively less deviation of the red part of the moon light through the earth's atmosphere and falling on the moon's surface," he said.

The next total lunar eclipse will occur on May 16, 2022, but, it will not be visible from the Indian subcontinent.

But on November 8, 2022 a lunar eclipse will be seen from India.