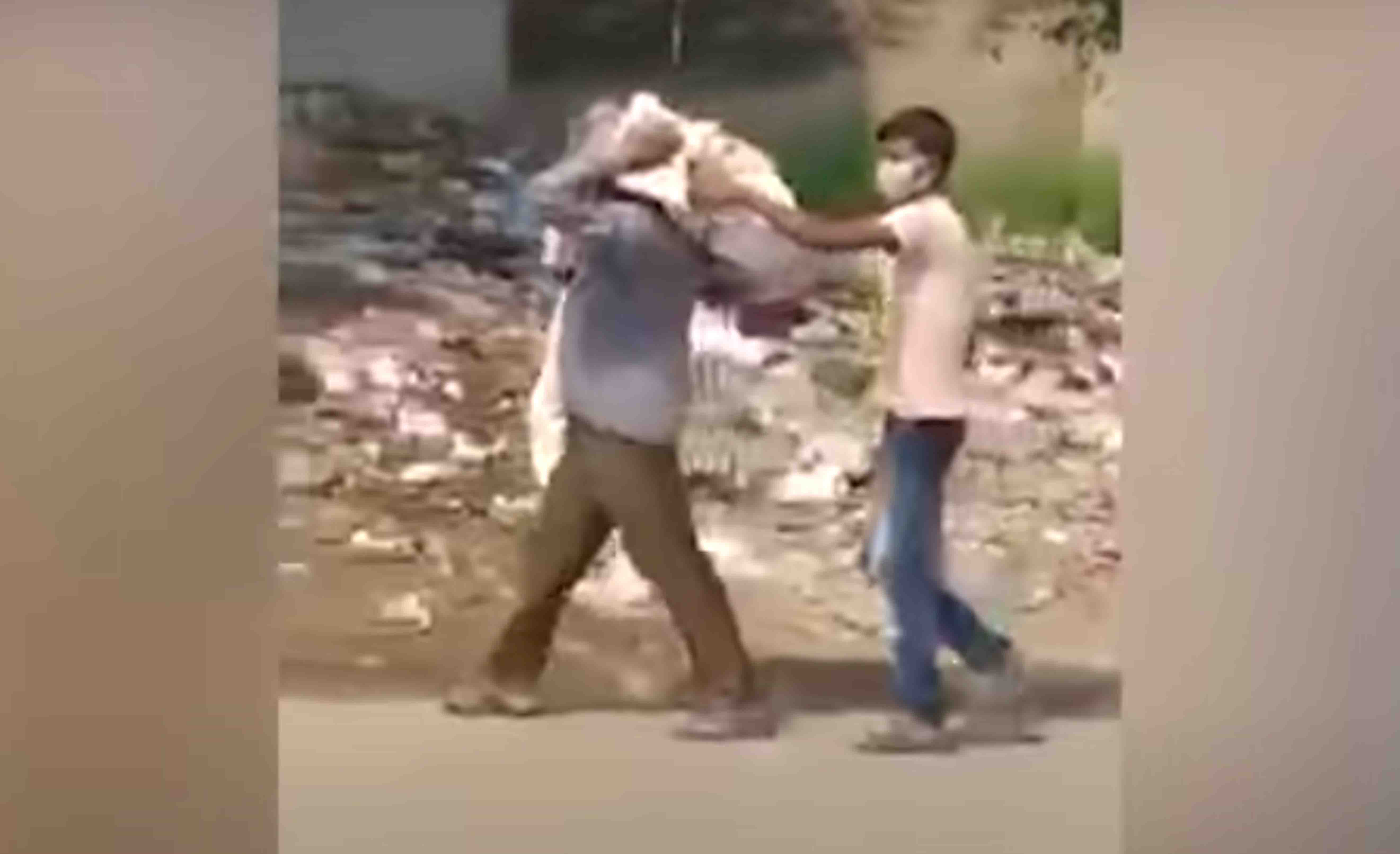 Screengrab from the video

Chandigarh, May 15: A video of a daily-wager carrying the corpse of his 11-year-old daughter on his shoulders in Punjab's Jalandhar has gone viral on social media, prompting district authorities to order a probe into the incident.

In the video, which was shot by some passersby on May 10, Dilip can be seen carrying the body of his daughter Sonu on his shoulders to the cremation ground for her last rites. His son was also with him.

Talking to the media on Saturday, Dilip said his daughter had not been well and he took her to a hospital in Amritsar for treatment on the advice of doctors at a Jalandhar hospital.

He said his daughter died on the evening of May 9 at the Amritsar hospital.

After he brought the body to his room in Ram Nagar in Jalandhar, his neighbours did not come forward to help him fearing that the girl was a COVID-19 patient, said Dilip, who hails from Odisha.

He said it was found that the minor did not succumb to COVID-19.

The DC said as per an inquiry conducted by the sub divisional magistrate, the cause of death was not COVID-19 as she had tested negative for the infection.

He said the girl was admitted in Jalandhar Civil Hospital from where she was referred to the Amritsar Medical college.

An ambulance carried the patient to Amritsar, where she remained admitted in the surgical ward.

After the death, an ambulance again dropped the body back in Jalandhar at their house.

The DC assured fulsome support to the family in this hour of grief.

COVID Patient Tracking Officer (CPTO) Navneet Kaur Bal said no one in the family or anyone in the area came forward to seek help in the cremation.

She said in normal cases (other than COVID deaths), once the body is handed over to the family, they take care of the last rights. However, in the present case, no one approached her for help in cremation.

Bal also stated that the cremation protocol is followed only in case of COVID death, however this case was different as the deceased had tested negative for the infection.