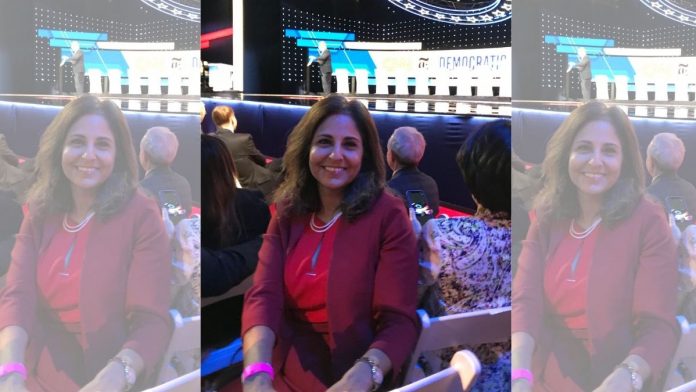 Washington, Nov 30: US President-elect Joe Biden on Monday named Janet Yellen as his Treasury Secretary and Indian-American Neera Tanden as Director of Office of Management and Budget, as he announced key members of his economic team.

Tanden, 50, if confirmed by the Senate, would be the first woman of colour and first Indian-American to lead the Office of Management and Budget (OMB).

"Another proud day for Indian Americans to see Neera Tanden be nominated for a Cabinet level position in the next administration. This position at OMB is a wide-ranging role with broad powers to manage trillions of dollars of the US budget. If anyone had any doubts that our community has arrived politically, this election cycle is proof enough," Indiaspora founder M R Rangaswami, and an eminent philanthropist and venture capitalist, told PTI.

This crisis-tested team will help Biden administration lift America out of the current economic downturn and build back better creating an economy that gives every single person across America a fair shot and an equal chance to get ahead, the transition said.

These choices reflect the president-elect's commitment to building an administration that looks like America, drawing on the diverse backgrounds and lived experiences of some of our nation's foremost economic experts, it said.

"As we get to work to control the virus, this is the team that will deliver immediate economic relief for the American people during this economic crisis and help us build our economy back better than ever," Biden said in a statement.

This team is comprised of respected and tested groundbreaking public servants who will help the communities hardest hit by COVID-19 and address the structural inequities in our economy, he said.

"They will work tirelessly to ensure every American enjoys a fair return for their work and an equal chance to get ahead, and that our businesses can thrive and outcompete the rest of the world. This team looks like America and brings seriousness of purpose, the highest degree of competency, and unwavering belief in the promise of America. They will be ready on day one to get to work for all Americans," Biden said.

According to Vice President-elect Kamala Harris, this outstanding economic team will help the Biden administration deliver on its commitment.

"They are not only some of America's most brilliant economic minds, they are also proven leaders who reflect the very best of our country," she said.

"And they share a fundamental commitment to ending this economic crisis and putting people back to work, while rebuilding our economy in a way that lifts up all Americans. With the selection of these crisis-tested public servants, the American people are getting the economic team they need and deserve," Harris said.

Adeyemo, a veteran of the Executive Branch and expert on macro-economic policy and consumer protection with deep national security experience, has previously served as Deputy Director of the National Economic Council, Deputy National Security Advisor, and the first Chief of Staff of the Consumer Financial Protection Bureau.

If confirmed, Adeyemo would be the first African-American Deputy Secretary of the Treasury.

Rouse is a leading labour economist and the Dean of the Princeton School of Public and International Affairs. She has previously been confirmed by the Senate as a member of the CEA in 2009. If confirmed, she will become the first African-American and just the fourth woman to lead the CEA in the 74 years of its existence.

Bernstein had previously served as Chief Economist to President-elect Biden in the first years of the Obama-Biden administration. Heather Boushey is a distinguished economist focused on economic inequality and the President, CEO, and co-founder of the Washington Center for Equitable Growth.