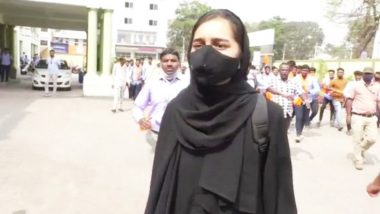 Mandya: After the video of one Hijab clad student calling out “Allahu Akbar” against hundreds of men in saffron shawl inside a college campus in Mandya went viral across social media platforms, the student Muskaan Khan was the spotlight of every news channel.

It is revealed that certain Kannada news channels were reportedly spreading fake claims about Muskaan while portraying her as an accused in the Hijab row leading to widespread outrage.

A report published by Public TV on their website was titled “Student who shouted ‘Allahu Akbar’ flies abroad after deceiving the police”.

Varthabharathi’s team carried out a fact-check on the matter and discovered that police approval was not required for the travel of the student. Mandya district senior police officer Yatish N told VB that there were no cases registered against Muskaan.

Meanwhile, several Kannada channels have reported the matter in line with the Public TV report (Screenshots below).

According to our findings, Muskaan has been on a pilgrimage with her family since 25 April. However, keeping this at the helm of affairs, several media platforms are spreading fake news against Muskaan, framing her as an accused in the Hijab controversy.

“PES College student Muskaan Khan does not require police permission for a Saudi tour. Her travels are personal. It has no link with us. Also, no complaint has been registered against Muskaan or her family so far,” said Mandya district senior police officer Yatish N to Varthabharathi desk.

Recently, DCP Bhimashankar Guled had warned several news channels for spreading fake news over the political colouring of a murder in Bangaluru which was in fact done due to personal enmity.

However, the news channels seemingly continue to spread fake news despite warnings. 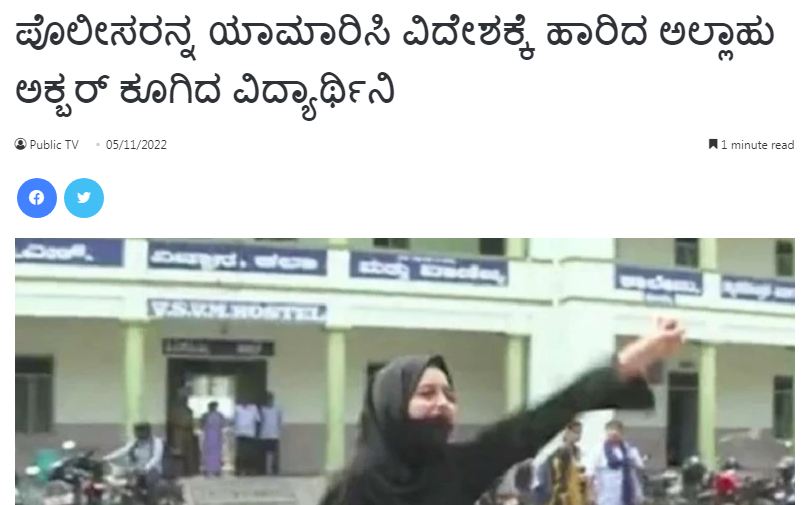 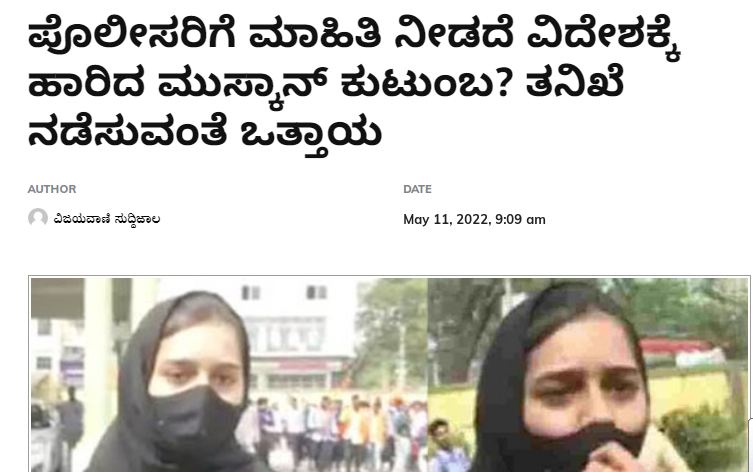 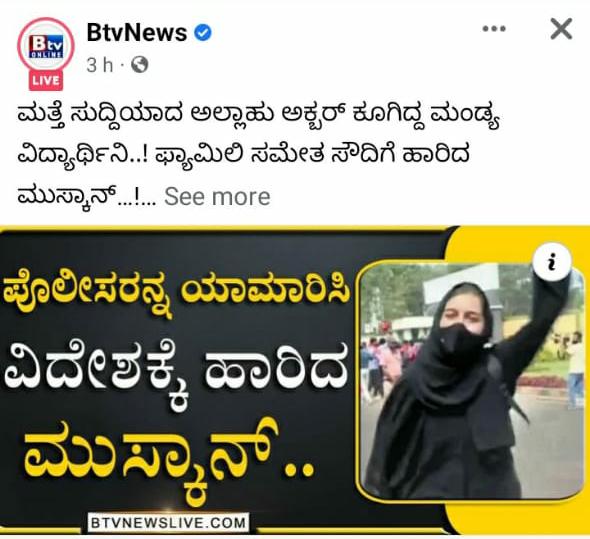