Why is Karnataka home minister silent about attack on party colleague, asks Congress 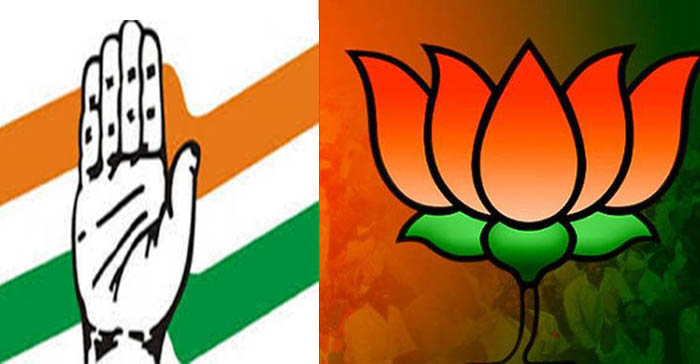 Bengaluru: The Congress has criticized the BJP on social media for not speaking up against the attack on its own Dalit legislator M P Kumaraswamy recently, although the MLA himself has expressed displeasure for the silence.

Mudigere legislator Kumaraswamy was attacked by the people of Kundoor village on Sunday. The locals, who had been protesting with the body of a victim of elephant attack in the village, expressed their anger over the legislator for not taking measures to curb the elephant menace. They were also apparently upset that Kumaraswamy arrived late Sunday evening although they had been protesting since morning.

The BJP MLA said on Wednesday that he was disappointed that Home Minister Araga Jnanendra had not called him at least out of courtesy to inquire about his welfare after the assault. “The chief minister and even former chief minister B S Yediyurappa have called and asked me about my condition, but the home minister has not,” Kumaraswamy said and alleged that he was being sidelined as he was from a Dalit community.

In its tweet in relation to the matter, the Congress on Thursday said that if no member of the BJP had publicly shown dismay at the attack of a colleague, if the home minister had neither called Kumaraswamy nor apologized for the failure of his department, it would only show how little the BJP respected Dalits.

“A BJP legislator has himself said that, given the level of corruption in the Home Department, one could pay and get a desired posting. Does Jnanendra play a role in such corrupt activities? Why else is he silent now? Why else is the BJP silent regardless of the holler raised by an MLA of the party regarding the attack on him?” the Congress has asked on Twitter.